22 September 2018
Orust Tvärs Terränglopp 2018 The last year after a really tough UTMB race I decided to sell my spot in this race. This year I wanted to race this lovely race. It's situated on Orust - an island in western Sweden, and it's Sweden's third or fourth largest island and just an hour drive from Gothenburg. I like this race because the whole course is challenging. Even the gravel section. Well, the gravel section is easy of course, but my idea was to try to push a little bit and better my result from 2016 when I had a great fitness and good preparation. The Mountopia event was behind me and I was quite confident in my fitness level. I knew that if nothins goes wrong I could better almost all my splits! That was one of my goals. But the main one was to run safe and push it where it felt good. 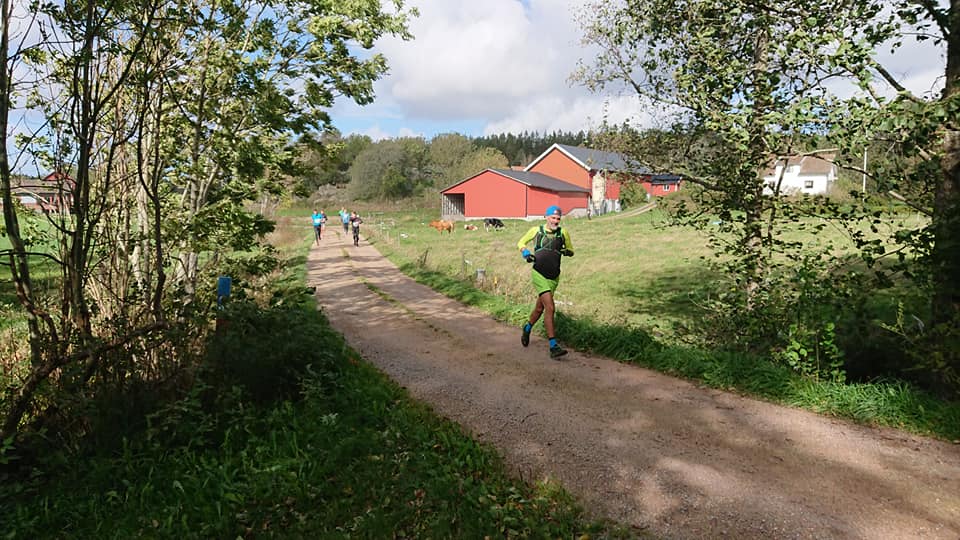 The race started and I had the good idea to run like in a regular training, nothing faster. Just listening to my breathing, enjoy the trails and run.... find a group with a decent pace and roll. Well, I did almost everything right but I have to admit that the pace was a little bit too hard for me and I got a little bit worried when I had some issues after just 15k. Just mental crap.... but quite annoying! Well, I did my first 10k in approx 50 minutes so the pace was OK. Controlled effort. The trails on Orust are pure magic - you have to run there in order to understand that! The gravel sections are there just to relax a little bit and push the pace in order to jump into the woods again.... into that green that is so colorful right now due approaching of autumn. 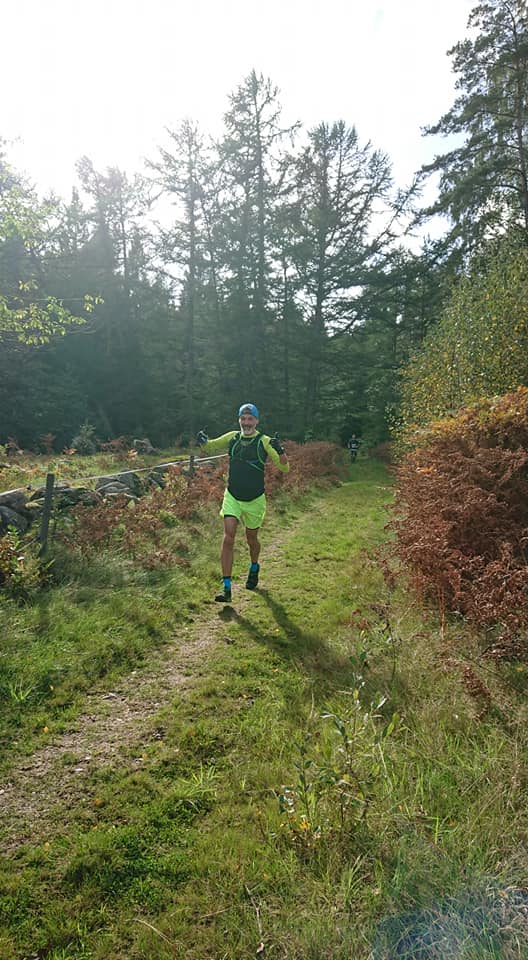 The lovely section near Hoga - Photo by Sofia Eithun Rönning

The race was really nice. I managed to run without issues. Well apart from that tiny energy problem I had after approx. 12km! Usually I don+t have problems before 20k, but this time I needed to take a gel to fix the problem. And it worked right away, so I think that the problem was more mental than other.
I+m not used to push my body like that. The pace was faster that during my ultra-races or training sessions but I felt quite comfortable with it! :) After 18km there is this long climb - not a technical or a steep one.... actually it was nice to have a longer climb. I like those climbs where you dig inside and just push. And I did that. Went into a kind of a "mantra mode" and there passed quite many runners. I was the only one running! Amazing! After the climb there is this rollercoaster of lovely up and downs and I enjoyed that section a lot. The nature there is amazing! I was so happy and felt so privileged to be there, to have the luxury to take that beauty all in and to have fun in all that green! I "felt" that I was in front of the race due to the simple fact that all the runners in front of me were sooo hard to catch and there were just few runners behind me I could hardly hear. But I tried to push... even harder! Those last 2k were pure running magic, a kick od adrenaline and endorphins - a "runners high" I guess! I felt amazing! It felt like flying.... from that last downhill to the very end of the race I pushed it and it felt great and... well, I was really fast there! Loved it! :) Maybe.... well, maybe I could try in some of my future races to push it even harder?! Who knows..... maybe it could be fun! Or maybe not.... ehehhehehe :) This is my race on Strava:
Race Reports
Istria 100 Miles - 110km race

Hello. I am a crazy dude! Why? First of all I have to say: please do not attempt to do something ...

After a tough race the last week in Hyssna I intended to enjoy this shorter race (18.7k): Risveden T...

Sandsjöbacka Trail 82k Race This race was a new kind of a race for me. A chilly one. We...

Well the race went better, much better than I hoped for!   Nice weather, a lot of pe...

The last year I had to DNS due to a virus or something so I took many photos of runners and ...