My best efforts during my first years of running

I have to say that Sweden helped me a lot finding my loved and forgotten hobbies and my love for sports and competition.

July 2013 - The picture below is the one that made me understand that something is very... I mean very, very "Wrong" with me! 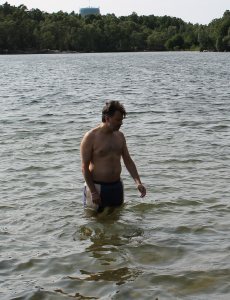 Well I accepted the fatty, slow, acid, negative dude in me?! Was that possible? I had pain... always. Well, this is one of the things affecting me in a particular tough way - the pain.

In 2003 I worked in Italy and helping my colleagues with an IT cargo (computers) I managed to get myself a wonderful disc herniation.... well, not just one as later on emerged.... but two nice beasts squeezing my nerves! Just great! 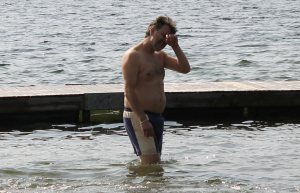 The fact that I have asthma resulted in a constant excuse used by fat, lazy, smokers.... What? Smokers!? YES! I smoked too.... a lot!
So, pain in my back due to the hernia, the smoking due to depression or the sore fact that almost everybody in my family used to smoke and yes... somebody states that smoking is kind of hereditary too! Well.... Could it be worse now?! YES! Of course! :)

A day before Christmas 2008 I planned to do the last IT service before heading back home to my family... I was driving to the location while speaking to my wife on the phone (using a cable of course)... the traffic was horrible as always at the well known "Tangenziale di Mestre" and..... BAM! A guy did not see my car I guess due to the mist.... That hurts! Trust me!

OK.... I was lying on the couch watching the TV and drowning in my pain and sorrow, my wife was doing pretty much everything,,,, and I was really asking myself on how much more could she take of this crap and watching me complaining about this and that and not doing actually anything to change a single thing in my pathetic life!
I knew I had to change something.... maybe everything....

So we decided...a change was needed! Not only for me, but for the whole family! We needed a better and a smarter life!
We moved to Sweden! :)


Moving to Sweden was just perfect! We moved into a lovely house surrounded with nature, the lakes all around the nearby city of Växjö... we needed that change, a lot!
Working in the countryside, fixing and repairing around the house, the garden helped me a lot both body and mind! I managed to drop down to 98kg! Great! :)

Then the financial crisis of 2007-08 came unexpectedly and the idea to find a proper job vanished away! So I studied the language instead!

After a year or something more, and after finishing my language studies, I got a nice job in the city of Gothenburg! I love the city by the way! I loved it the first time I came here in 2005 as a tourist! Maybe because it has something that reminds me to the city of Rijeka in Croatia where I was born! :)

The first months were not easy, actually, the first month was a huge psychological disaster that made such an impact on me that I begun smoking... again! I know.... stupid... Yes!.... But with my family 250km away from me, my wife being alone with two small kids, me having rented a tiny room and shared an apartment with a lady with issues... well.... that was something to move away from as soon as possible!

And after a few months it happened, we managed to find a nice apartemt, I got a nice job contract and everything seemed to be better now....

Then summer came.... I quit smoking (again).... and then another summer came again (quite strange isn't it!) :)

Returning a little bit to the body weight issue.... well.... I was still 98kg huge dude!... Nothing happened there :( 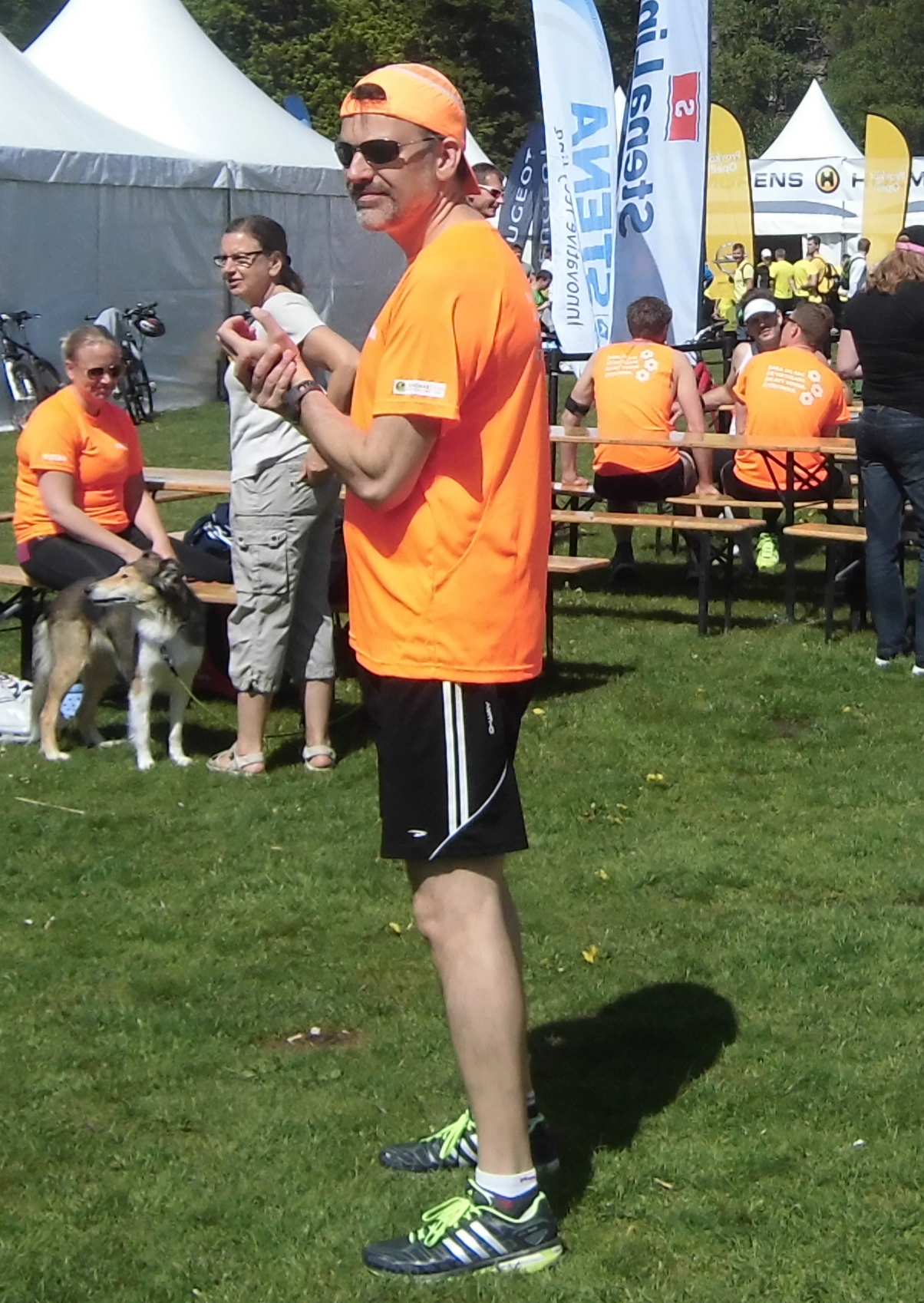 And then.... Summer 2013 came and check out those two images at the beginning of this article...... great yeah??!! I become disgusted with myself! I wanted to change!
I needed a change! I wanted to change! And just like quitting smoking.... with the same energy I took that "first step in the right direction"!

I took my bike, started cycling, than after a month or so running! And boy that hurt... a lot! All my body asked me to stop!.... But I managed to continue... the pain diminished and things got better.
The first goal was to run 2km, than 3km, 5km (it was October 2013). I wanted to reach my first 10km in January 2014, but I did that in December instead! :)
I continued regularly with my training and managed to apply to the GoteborgsVarvet 2014! Wow... I was sooo excited!
And yes... that was pretty much the beginning of this story. After that I continued cycling, running, competing.... Yes I do races too! Nice ha?! :) Feel free to follow me on my run and cycling adventures in Sweden (sometimes I run in Italy and Croatia too)! GöteborgsVarvet 21 km - 2014 [Time total: 02:12:26] 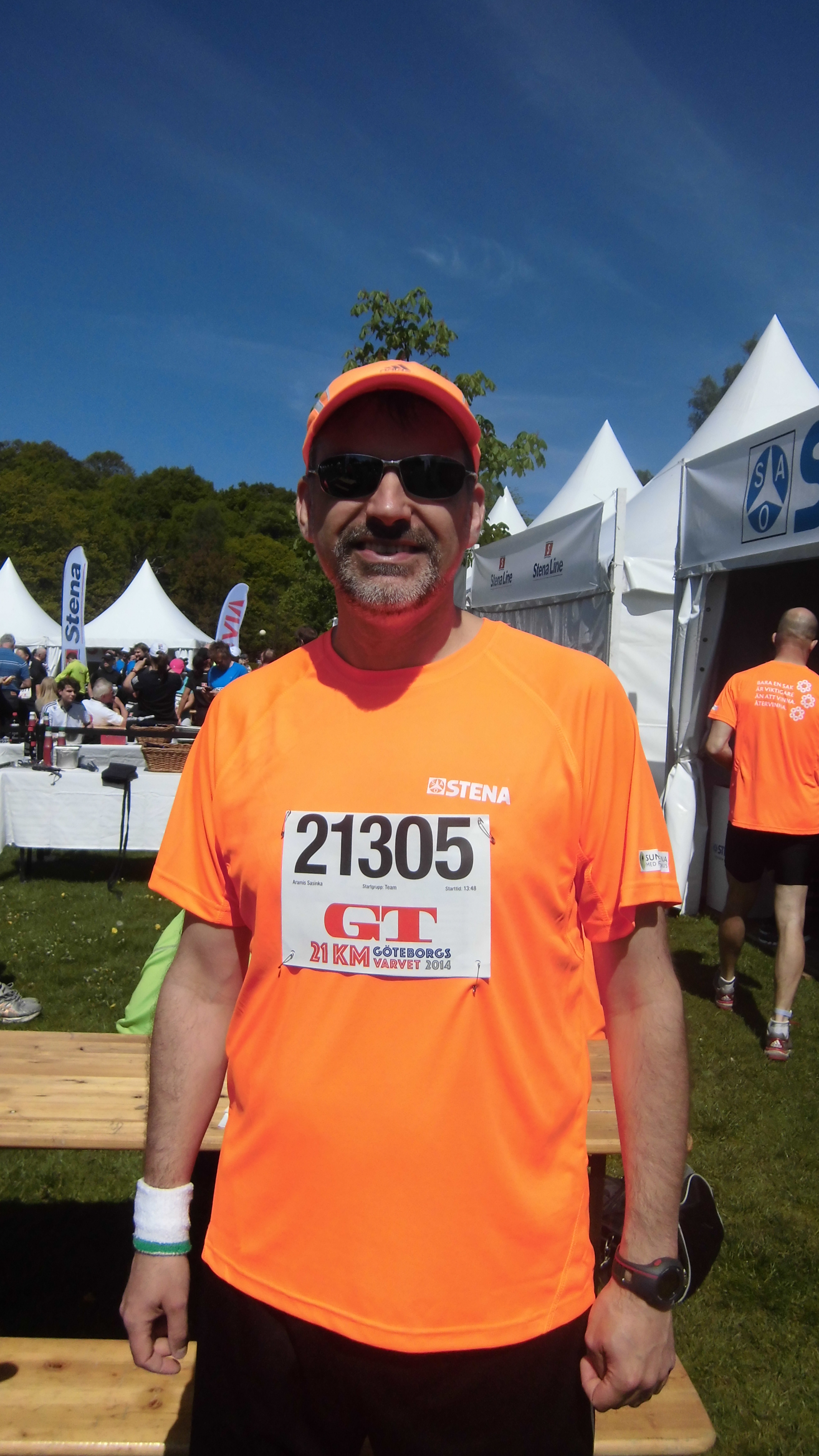 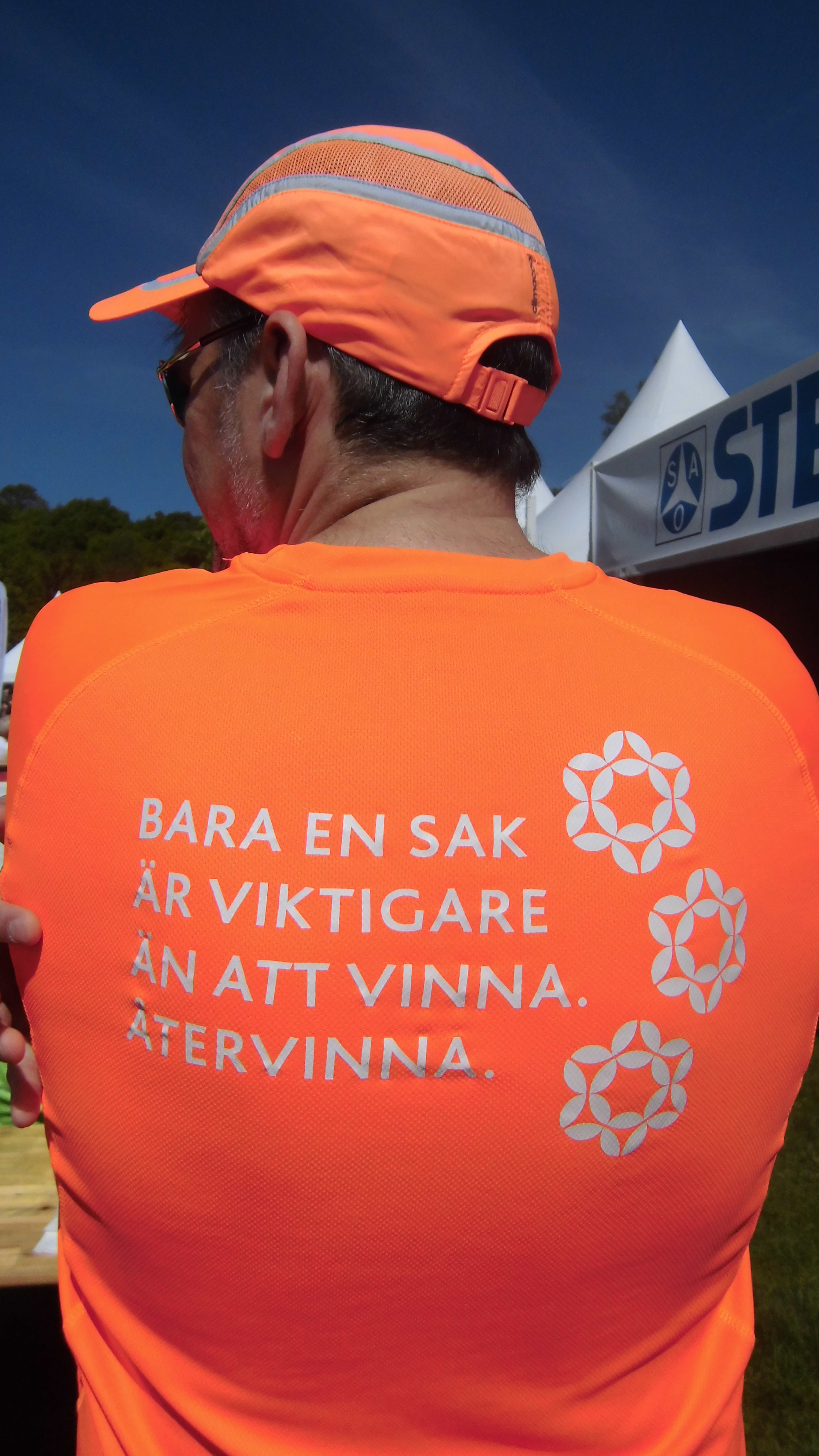 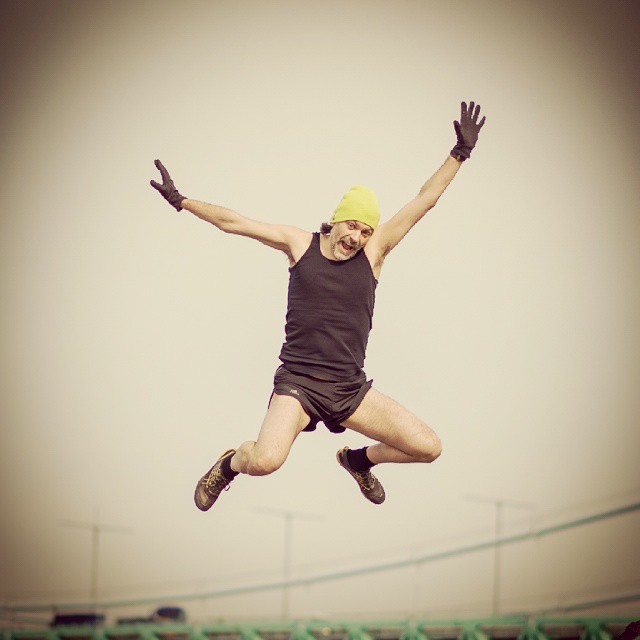 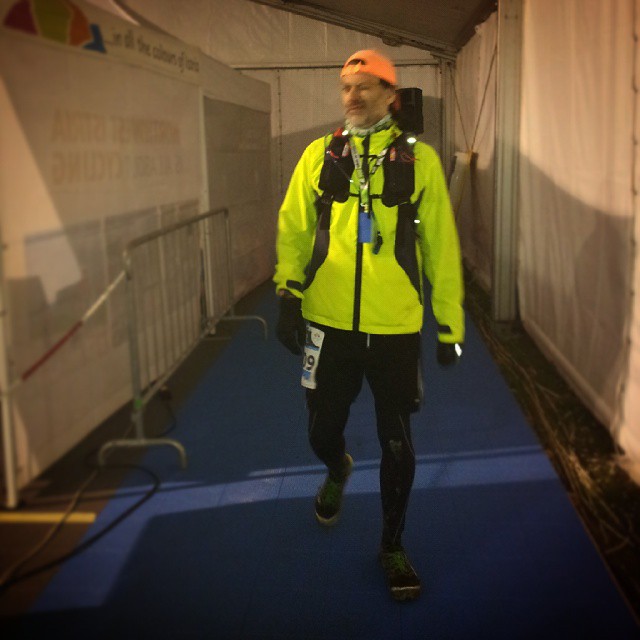 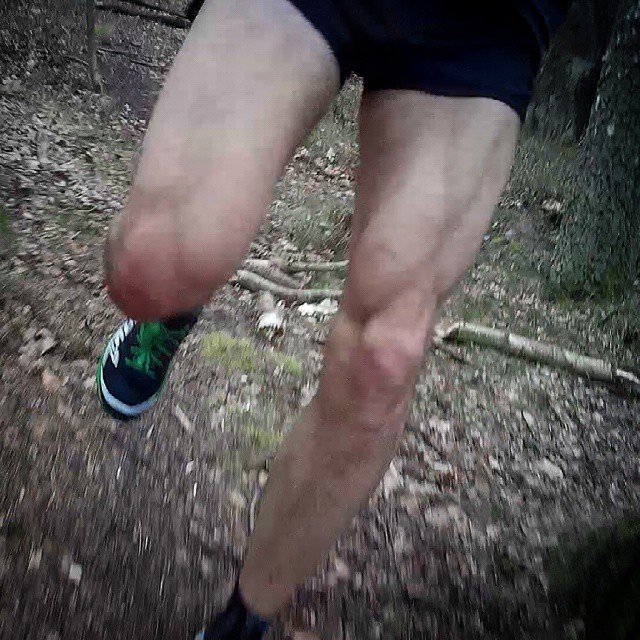 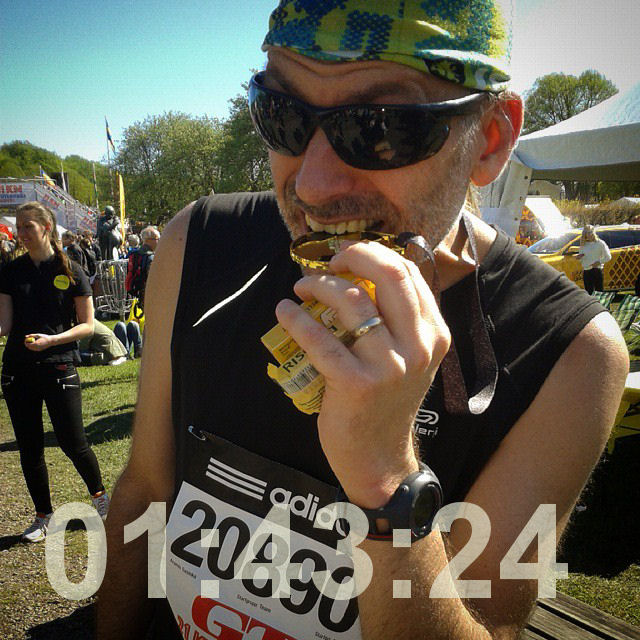 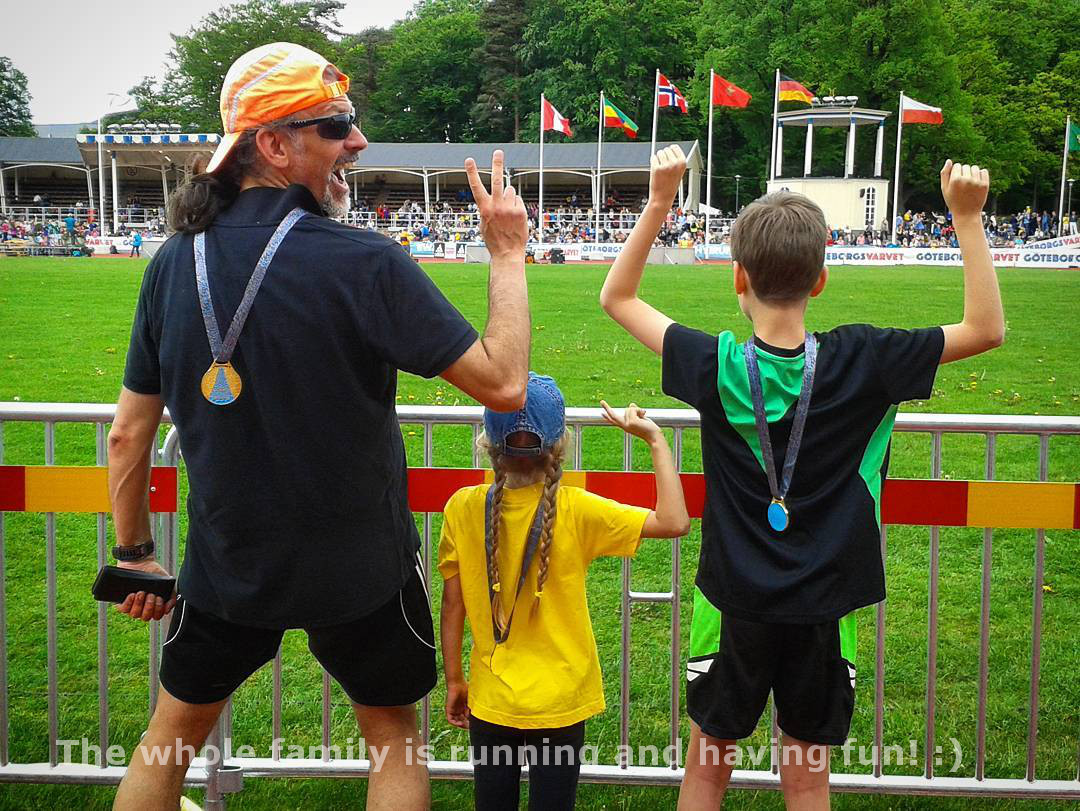